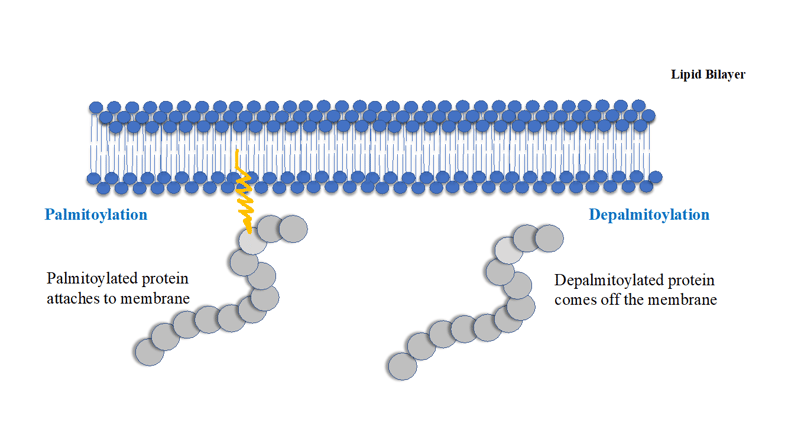 Proteins undergo many kinds of post translational modifications (PTMs), such as phosphorylation, ubiquitination, SUMOylation, geranyl-geranylation, farnesylation, myristoylation, acetylation, succinylation and palmitoylation. PTMs can be reversible or irreversible, they can be dynamic or stable. PTMs enable fine tuning of protein function in response to various internal and external signals and therefore they have profound effects on cellular physiology, metabolism, survival and growth.

American chemist Westheimer asked an interesting question in 1987 in his very famous article published in ‘Science’ the same year, ‘why nature chose phosphates?’. He elegantly approached this problem from a chemists’ perspective. Phosphorus, a group 15 element, is an essential element of biomolecules. Phosphorus and its chemistry pervade cells and living systems, ATP, the ubiquitous currency of energy, is a nucleotide with two phosphates available in high energy phospho anhydride bonds. The backbone of genetic material (DNA or RNA) is made up of phosphates, two adjacent nucleotides are linked by phosphodiester bonds. The negative charge present on phosphodiester linkages in nucleic acids makes them resistant to hydrolysis and therefore very stable in aqueous environments, a key feature required for a molecule to qualify as a genetic material is chemical stability. Other group 15 elements like arsenic don’t make esters that are stable in aqueous conditions at neutral pH.

Nature has ability to generate an unending array of molecules from very small number of building blocks, even simple microbes such as E. coli have synthetic chemical prowess that can bring the most sophisticated organic chemistry labs to their shame. Inspired by the nature’s ability to knit complex molecules from a small number of building blocks, using simple modular reactions, Berry Sharpless, and his coworkers, defined and invented the area of ‘click chemistry’. Together, Berry Sharpless and M. G Finn redefined the use of simple modular reactions that had already existed to generate new ‘functions’ or properties and termed it as ‘click chemistry’. 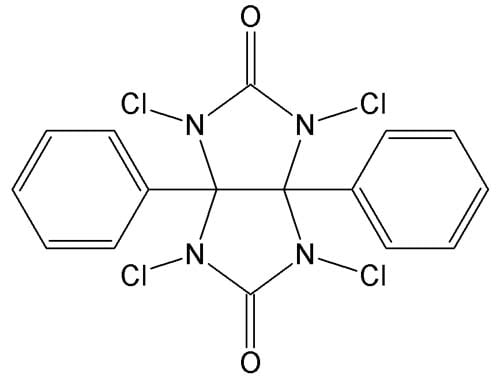 1,3,4,6-tetrachloro-3α,6α-diphenylglycoluril (Chloroglycoluril), also known as Iodo-Gen®, is one of the best reagents used for iodination of proteins, hormones, antibodies, viruses, cell membranes, etc. This method was first developed by Fraker et al. This method of iodination with Iodo-Gen® is simple and inexpensive. Iodo-Gen® is water-insoluble and hence used in solid-phase iodination. Iodo-Gen® is used to incorporate radioactive iodine in aromatic amino acids like tyrosine. It iodinates proteins in oxidizing conditions, so there is no need for using excessive reducing agents that affects protein stability. The proteins are not directly subjected to oxidation in this method as the reagent sticks to the wall of the tube and protein is in solution. Either Iodo-Gen® is coated on the walls of glass vials or on polystyrene beads. Iodo-Gen® is dissolved in an organic solvent and the organic solvent is removed from the vial by using nitrogen. The Iodo-Gen® that sticks to the wall of the vial or beads later iodinates proteins in solution. Protein can be separated easily from unreacted reagent as Iodo-Gen® is water-insoluble.