Exposure to Intestinal microbes in early life can influence development of thymic lymphocytes : A review of current literature

Many of us may not realize but the gut (or enteron) is one of the most ancient immune organs. The gut is exposed to a multitude of antigens and microbial populations and surprisingly this play a major role in developing immune response and tolerance. In particular, the conditioning of the gut immune system in early post-natal life by microbes, antibiotics and food may have long-lasting effects on the development of immunity. One such study has appeared recently in PNAS (Ennamorati et al, PNAS (2020), vol. 117,no. 5 ,2570–2578) and reveals an entero-thymic immune circuit that operates in neonates and detects microbial presence in the gut and act in a ‘trans’ manner to develop PLZF+ lymphocytes in thymus. Development of thymic PLZF+ cells in early life is an important correlate of immunity, that confers life-long immunity against certain conditions. A failure to develop PLZF+ cells in early post-natal life is associated with a higher risk for developing many diseases such as diabetes, asthma and colitis.

The study establishes solid evidence for entero-thymic communication axis in neonate mice mono-colonized by Bacteroides Fragilis (a commensal bacterium in human beings). B. fragilis produces a potent immunomodulatory capsular polysaccharide PSA. It was found that mice-pups in which the gut was colonized with this bacterium induced PLZF+ cells in the thymus. But mice-pups with a germ-free (GF) gut or mice-pups who had a bacterial strain of B. fragilis that was deficient in PSA (GF-△PSA) couldn’t induce PLZF+ cells in the thymus.

Furthermore, since PSA is known to activate Toll-like receptor 2, experiments were done to assess the biological role of TLR-2 signaling on thymic PLZF+ cells. It was found but the number was decreased in a Tlr2-/- (double knock-out) mice pups. Although these results suggest that host cell Tlr2 might play a key role in sensing the microbial information and affecting the subsequent PLZF+ homeostasis in the thymus but does not suggest how this information is conveyed from intestine to the thymus, which remains a major question.

How is the message conveyed?

Plasmacytoid dendritic cells are responsive to the microbial milieu of the gut and migrate to the thymus.

The key question is how the information about the microbial milieu of the gut is conveyed to the thymus of neonatal mice? Since both organs are located at different sites in the body. It was suspected that perhaps some cells from the gut migrated to the thymus and brought about PLZF+ induction. An elegant experiment that relied on photoconversion of a fluorescent protein (Dendra) in a reporter-mice strain was performed. In-situ photoconversion of Dendra protein is done by irradiation with a laser beam. The Dendra protein changes from green to red fluorescence upon laser irradiation. Photoconversion makes it possible to trace the migration of cells from zone of irradiation to a distal site, by detecting any red cell over a background of green (from green to red). The gut of reporter mice was irradiated by an optical device that could be inserted in colon. Using flow cytometry authors found presence of photoconverted red fluorescent cells inside thymus. Many of these photoconverted cells were actually plasmacytoid dendritic (pDCs) cells. Which implies that pDCs could be the cells that conveyed the message. Moreover, it was found that transcriptomic signature of thymic pDCs is influenced by the presence of microbe and its microbial effector PSA in the mice gut. Pathway analysis revealed activation of a global inflammatory response in thymic pDCs from mice pups harboring B. fragilis. Taken together, these results suggest that thymic pDCs are responsive to the intestinal microbial milieu of pups and they migrate to the thymus. In particular, STAT5 signalling pathways were active in thymic pDCs from GF-Bfrag pups.

Is there a correlation between pDCs and thymic PLZF+ cells?

pDCs require CCR9 (Chemokine receptor) to migrate or home to the thymus. Mice pups deficient in both the copies of CCR9 gene (a double knock-out) exhibit a decreased frequency of pDCs in thymus on day14, this correlated directly with a decrease in thymic PLZF+ cells. Alternatively, the authors administered anti-BST2 antibody intraperitoneally to reduce the number of pDCs and observe its effect on thymic PLZF+ cells. Anti-BST2 antibody depletes pDCs and again the PLZF+ cells in the thymus decreased, thus providing evidence for a correlation between thymic pDCs and PLZF+ cells. Although both these approaches have shown a correlation between pDCs and PLZF thymic lymphocytes, they suffer from inherent issues. Double knockout of CCR9 mice pups can lead to a disturbed cellular composition of thymus since the effect is global and not restricted to pDCs alone. Similarly, the attempt to deplete pDCs by anti-BST2 antibody depletes Dendritic cells also.

Therefore, to conclusively demonstrate the exclusive role of pDCs in thymic PLZF lymphocytes, an alternative strategy was adopted. This strategy used a Diphtheria toxin receptor transgenic mouse (originally designed for a studying the effect of selective depletion of pDCs on host viral immunity). Intracolonic injection of diphtheria-toxin (DT) selectively killed pDCs and a significant decrease in PLZF+ population was observed in mice where pDCs in the colon were depleted by DT injections. These experiments demonstrate a correlation between colon derived pDCs and thymic PLZF+ cells. But what remains elusive is the connection between Tlr2 signalling and pDCs in this entero-thymic circuit. To prove that Tlr2 signalling in pDCs is required for PLZF homeostasis, adoptive transfer of MACS purified pDCs was done in Tlr2-/- mice and it was observed that adoptive transfer of pDCs restored PLZF+ lymphocytes in the thymus.

Antibiotic-treated mice-pups show a decrease in frequency and number of PLZF+ cells in thymus and spleen when compared to control mice in infancy and this effect continues to persist even in adulthood. This phenotype is reminiscent of the Germ-free mice where the absence of microbial colonization leads to low frequency and number of PLZF+ cells in infancy and at adulthood. In particular, early life antibiotic treatment has a major effect on Linneg PLZF+ subset according to the study.

The Acid test of Susceptibility and rescue.

How the mice treated with antibiotics in early life compared against control mice for susceptibility to experimental colitis? Can a shot of PLZF+ cells help?

The mice treated with antibiotics in early life have a reduced frequency and number of PLZF+ cells in adulthood (referred to as Abx mice). As previously mentioned, reduction of PLZF+ subsets may lead to increased susceptibility to certain conditions such as colitis, inflammatory bowel disease etc. What are the consequences of artificially inducing a disease state in adult mice that were treated with antibiotics in early life?

And if PLZF+ cells mediate tolerance to these pathologies, can an adoptive transfer of PLZF+ from normal mice rescue these mice deficient in PLZF+?

Colitis was induced artificially using Dextran sulfate sodium (DSS) in Abx mice and control mice, it was observed that the disease progression was more severe in Abx mice than in control mice. There was more pronounced colon shortening in Abx mice and increased production of IL-6 (inflammatory cytokine) compared to the control group. Furthermore, an adoptive transfer of PLZF cells from thymus and spleen of healthy mice (one that has wild type Tlr2 expression and expresses GFP under PLZF+ promoter) was performed into Tl2-/- mice susceptible to DSS colitis. The adoptive transfer increased the frequency of total thymic PLZF+ cells in Tlr-2-/- mice and moderated the disease symptoms.

Taken together these findings suggest that susceptibility to DSS-colitis is a consequence of altered homeostasis of PLZF+ cells and colitis symptoms can be ameliorated in susceptible mice by adoptive transfer of PLZF+ cells from healthy mice. 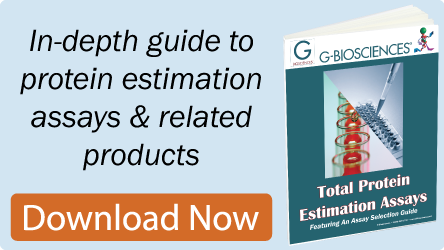