Basically, protein tags are peptide sequences that are attached to proteins to facilitate easy detection and purification of expressed proteins. In addition, they can also be used to identify potential binding partners for your protein of interest. 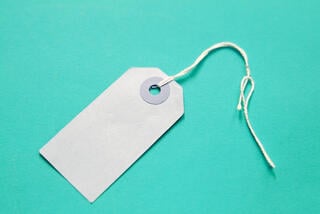 At present, there is a wide variety of protein tags that can be used to suit your purpose. These include affinity tags, epitope tags and fluorescent tags.

Affinity Tags
These tags allow you to purify proteins from crude cell lysates, even if you don't have any prior knowledge of their biochemical properties. Affinity tagged proteins can be purified by using a specifc affinity resin while detection can be facilitated by using commercially available antibodies. Some of the most commonly used affinity tags include the following:

Epitope Tags
These tags are typically smaller than affinity tags and are readily recognized by antibodies. Due to their relatively small size, they have extremely little or no effect on the structure of the resulting fusion protein. Epitope tags are ideal for several downstream applications which include western blotting, co-immunoprecipitation and immunofluorescence experiments. Some of the most popular epitope tags include the following:

Fluorescent Tags
Due to their non-toxic nature, these tags can be used to detect tagged proteins in both live and fixed cells. Green fluorescent protein (GFP) is one of the most widely used protein tags under this category. GFP is a protein isolated from the jellyfish Aequorea victoria that exhibits bright green fluorescence that does not fade easily when exposed to blue or ultraviolet (UV) light.

By using GFP, you can determine whether a particular promoter was activated without going through the rigorous process of measuring mRNA levels. You can also use it to observe a particular protein as it performs its role within the cell. This particular tag is remarkably stable and can function when added to either end of a protein of interest.