What are the commonly used chromatographic methods for protein purification?

Protein purification can be defined as a series of processes aimed at isolating a single type of protein from a biological tissue or microbial culture. Since there is basically not a single technique that can be applied in isolating all types of proteins, you should always take the final goal in mind when choosing the most appropriate purification method in obtaining the required concentration to suit your intended purpose. 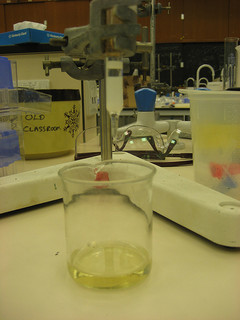 At present, there are a number of chromatographic methods that can be utilized in purifying protein samples. These include the following:

Ion exchange chromatography (IEXC). In this method, different types of proteins are separated based on their net charge. As such, columns can either be prepared to facilitate both anion exchange and cation exchange.

The IEXC method is one of the most frequently used techniques for protein purification due to its high protein binding capacity, the relative ease by which it can be performed and its effectiveness in removing unwanted impurities in the sample. In addition, it allows elution to take place under mild conditions thereby preserving the normal conformation of the protein sample. However, its limitations in selectivity remain to be one of the greatest disadvantages in using this technique.

Chromatography based on hydrophobicity. There are two methods that work on this principle – the hydrophobic interaction chromatography (HIC) and reversed phase chromatography (RPC). In HIC, the separation of proteins can be brought about by treating the column with a highly ionic buffer to facilitate the binding of the hydrophilic particles of the protein in the column while RPC works by adding organic solvents to the mobile phase to decrease its polarity.

Gel filtration or size-exclusion chromatography. This technique is generally used to separate larger proteins from smaller ones by using a minimal volume of eluate. It exhibits good sensitivity and does not lead to sample loss mainly because the solutes do not interact with the stationary phase.

Affinity chromatography. Considered to be the most selective chromatography technique, affinity chromatography is known to give the purest results and is therefore used in completing the protein purification process. Since different types of proteins exhibit highly specific interactions with particular ligands under favorable conditions, the target protein can then be adsorbed from the extract as it passes through the column while the other substances will simply be washed away. The target can then be eluted and made available for analysis by reversing the prevailing experimental conditions.